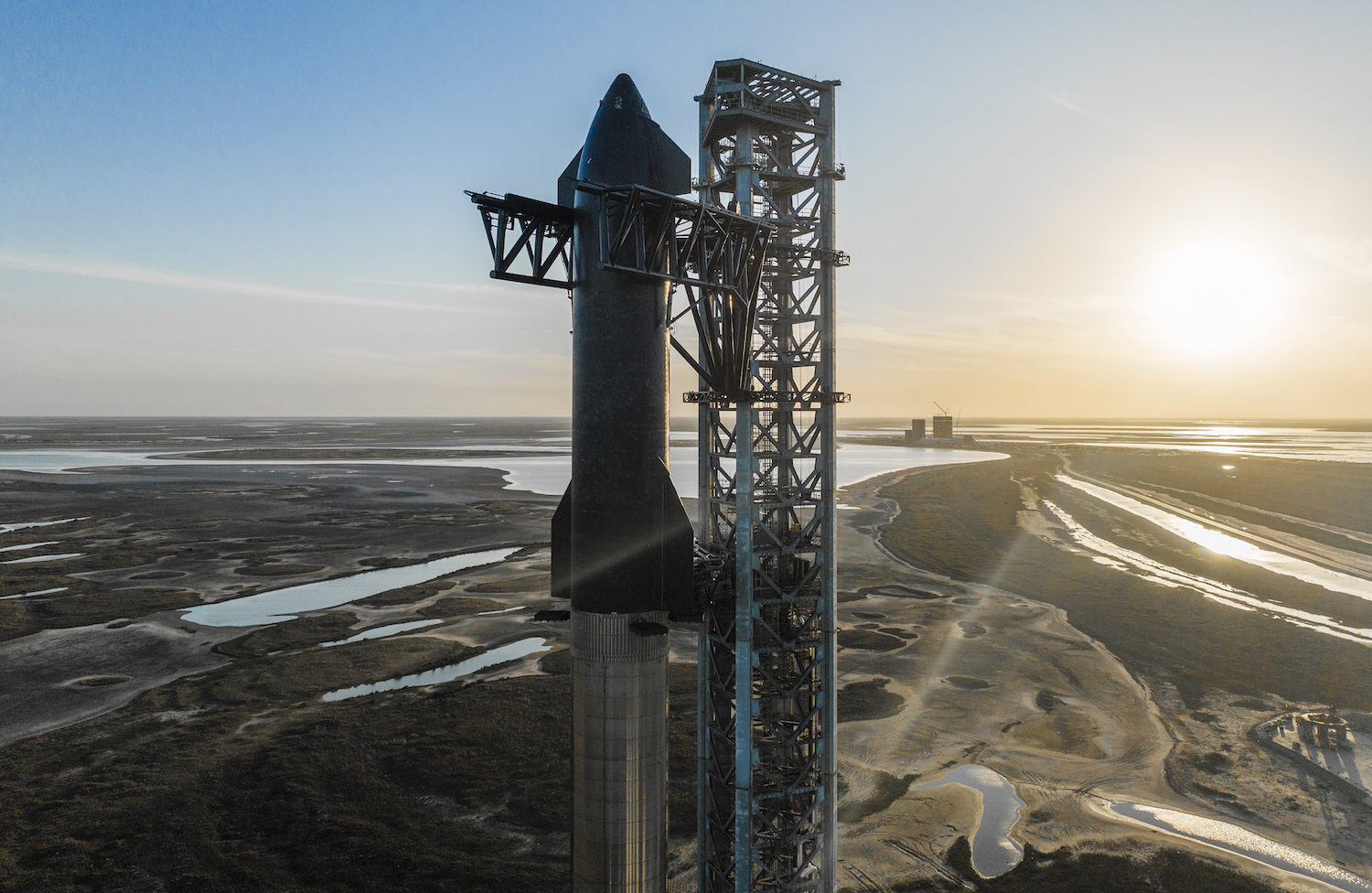 It’s been a while since we’ve had any updates regarding SpaceX’s first orbital test flight of the Starship, its next-generation rocket comprising the Super Heavy booster and Starship spaceship.

But asked on Twitter on Wednesday when the company is likely to launch the new rocket, SpaceX CEO Elon Musk responded that while there’s a chance it could fly in late October, November seems more realistic.

“Late next month maybe, but November seems highly likely,” Musk wrote in his reply. “We will have two boosters & ships ready for orbital flight by then, with full stack production at roughly one every two months.”

Late next month maybe, but November seems highly likely. We will have two boosters &amp; ships ready for orbital flight by then, with full stack production at roughly one every two months.

The Starship’s first orbital test flight has been hit by a number of delays, the main one caused by a lengthy environmental review — carried out by the Federal Aviation Administration (FAA) and completed in June — aimed at assessing the suitability of SpaceX’s facility in Boca Chica, Texas, for rocket launches.

The FAA’s review concluded that SpaceX can go ahead with launches in the environmentally sensitive location so long as it takes a number of steps to reduce the environmental impact caused by its missions.

Getting clearance from the FAA to use its Boca Chica facility was a big step forward for SpaceX, though it still needs to obtain a launch permit from the agency before it can send the Starship skyward.

Earlier this week, SpaceX conducted the latest launchpad test of the Super Heavy booster, firing up 7 of its 33 Raptor engines at Boca Chica. It followed a failed test in July when an unexpected explosion occurred at the base of the rocket. This time, thankfully, there were no such fireworks.

SpaceX is yet to ignite all 33 Raptor engines at the same time. When it deploys all of them for lift off, they’ll create an astonishing 17 million pounds of thrust.

SpaceX plans to deploy the Starship for crewed missions to the moon and is one of a number of commercial companies partnering with NASA on its Artemis program, an initiative geared toward a new era of human space exploration that could one day take crews as far as Mars.

NASA is currently trying to perform the maiden launch of its own rocket, the SLS, but technical issues have forced the space agency to delay the mission.

NASA is aiming to land the first woman and first person of color on the lunar surface in the next few years. The ambitious mission will involve the SLS rocket and Orion spacecraft taking the astronauts toward the moon before transferring to a modified Starship spacecraft via the Lunar Gateway for the final leg of the journey to the moon’s surface.