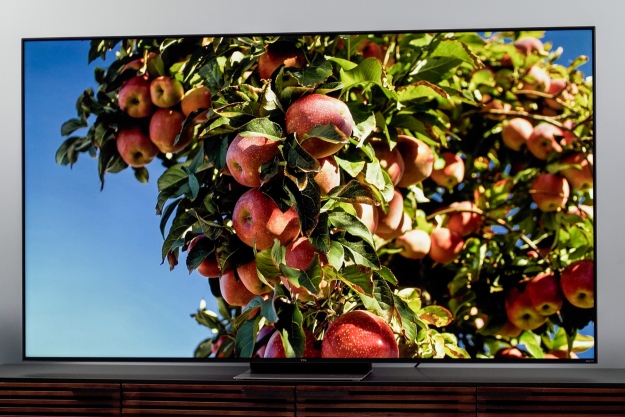 Another year, another outstanding TCL 6-Series TV. This is getting predictable.

When I say the new 2022 TCL 6-Series (model R655) is a dangerously good TV, I mean it as a compliment. But if I’m being transparent, it’s a bit backhanded. The problem with this year’s TCL 6-Series is that it is, by most measures, a truly outstanding TV for its price. In fact, its picture quality is so close to that of more expensive high-end TVs that I think a lot of enthusiasts on a budget will want to buy this TV and and then calibrate it so that it performs like a TV twice its price. The only problem is that this TV is really hard to get adjusted so that it meets its full potential. Some might even say it is hamstrung.

I’m not sure I’m comfortable going that far. The fact is that the TCL 6-Series is just a flat-out excellent TV and well worth consideration for those who want a TV with outstanding picture quality that won’t drain the kids’ college funds. Still, it stops short of being everything to everyone. Let’s find out if it might be everything you need.

Better, inside and out

TCL didn’t need to tweak its winning formula for the 6-Series for this latest version to be a big success, but it made a few welcome changes and additions anyway.

The most obvious visual change is the stand. For the R655, TCL has moved away from the feet found on the R646 and R635 from previous years in favor of a center pedestal. I prefer the look and the functionality, at least for now. Eventually, I’ll probably get tired of this look, too. But for now, the center stand is in.

TCL continues to give cable management due attention by placing cutouts at the top and bottom of a removable plastic backing plate, allowing you to funnel cables and wires down through the pedestal and out of sight behind the TV. The only problem I experienced when trying to do just that came when I tried to use a supplied cable clip underneath the backing plate — and it snapped off. The cable clip appears to have been affixed with glue, and perhaps the glue on my review sample had grown weak or was otherwise compromised. Still, I was disappointed that something on a relatively expensive piece of gear snapped off in my hand.

If there are other visual changes, they are so slight as to be virtually unnoticeable. The R655 remains an attractive TV, although, to be fair, it isn’t trying to win any beauty pageants.

Most other changes aren’t visible until you use the TV. The mini-LED backlight system has been optimized for better performance. The local dimming algorithm seems improved. The panel can now serve gamers with refresh rates up to 144Hz. There probably are other tweaks at play under the hood, but TCL isn’t dishing out that kind of detailed information and, really, it doesn’t matter unless the picture quality benefits. And, as I’ll soon discuss, it does.

Married to Roku, for better and for worse

Anyone who has read my previous TCL Roku TV reviews will find the following criticism a familiar refrain, but this time I’m singing a little bit louder.

The Roku TV platform imposes restrictions on how the TV can be adjusted.

Make no mistake, I’m a fan of the Roku platform in general. The interface is easy to navigate, it’s got access to a dizzying array of channels, it’s fairly customizable, and it supports a wide array of themes. Heck, Roku even has a smart home ecosystem now. For the more tech-savvy, Roku might feel a bit like a preschool toy, but for the less tech-literate, it’s the best way to get away from cable and into streaming TV.

Nay, my problem isn’t with the Roku streaming platform or even the Roku ecosystem, which includes wireless speakers, by the way. My issue is with how the Roku TV platform imposes restrictions on how the TV can be adjusted.

Now, I think any Roku owner should definitely have the Roku app on one of their phones or tablets — there’s a long list of highly useful tips and tricks that the Roku app makes possible. But burying certain levers and knobs related to picture quality within the app makes for a lot of hassle. Worse still is that there are some controls one simply can’t touch with the Roku remote or the Roku app. There are restrictions and limitations imposed. I can’t for the life of me figure out why, and I do not like it one bit.

Sorry, enthusiasts, it is what it is

Lest you think I’m being apathetic to video enthusiasts who are refused the opportunity to get their hands dirty in the TCL R655’s settings menu, understand that I am one of those enthusiasts myself. I’m the person who, upon setting up the TCL 6-Series at home, will immediately try to customize and maximize the TV’s picture quality. That’s Caleb the consumer, and he’s frustrated. But Caleb the TV reviewer? Well, he’s also frustrated, but he’s got this gem of perspective to share: the overwhelming majority of folks who buy this TV won’t care.

Exciting picture quality and a hassle-free experience, right out of the box.

Now that I’m done referring to myself in the third person, let me clarify my point. I understand that the TCL 6-Series is something of a darling among TV enthusiasts on a budget, and those enthusiasts are well within their rights to want more control. But we can’t necessarily get mad at TCL — some of this probably is the fault of the Roku TV platform. And maybe if Roku weren’t so damn popular, and TCL’s Google TVs weren’t so damn buggy their first time around, we wouldn’t have this problem. But we do. And it’s our cross to bear because TCL and Roku are giving the vast majority of the folks that will buy this TV exactly what they want: exciting picture quality and a hassle-free experience, right out of the box.

We, the vocal minority, are sure to be heard, and maybe things will be different next year. But for now, we’ll just have to live with the TCL 6-Series only reaching, say, 95% of its potential.

The TCL 6-Series (R655) is the brightest 6-Series TV model yet, with impressive black levels, minimal blooming, and dazzling color. Picture processing looks great with decent-quality content, especially in the area of motion resolution. Most folks who purchase this TV will be thrilled with the picture quality.

The R655’s punchy brightness delivers impressive HDR images with bright highlights and arrestingly vivid color. For HDR, peak brightness was right under 1,500 nits, and it was stable at 1,100 nits with the 10% window test. This tells us that its average picture level in HDR can be pretty high — just over the 1,000 nit level if you max everything out — and that HDR highlights will top out around 1,500 nits.  I consider that really good for a TV in the R655’s price range. Are there brighter TVs out there? Yes, there are. But we’ll get to the bright room TV discussion in a moment.

I measured 515 nits in SDR, but my eyes tell me the TV gets much brighter than that. It can work for daytime viewing, but it doesn’t have much in the way of anti-glare treatment. While this does have the advantage of giving you velvety blacks, the drawback is that it doesn’t do much to handle reflections. If you’re someone who does a lot of TV watching in a sun-drenched room during the day, you’ll need to do some tweaking to your picture presets in order to juice up the image for a bright room, and you’ll have to contend with some glare.

If the R655 has an Achilles’ heel, it seems to be with cleaning up bit-starved content. Low-resolution and/or highly compressed content on YouTube isn’t presented as cleanly as more expensive TVs I’ve tested, like the LG C2 OLED, Samsung S95B, and Sony X95K. What’s more, dark areas in low-quality content also seemed to suffer from more excessive macroblocking than I’ve seen from TCL’s 6-Series in the past. Macroblocking in the case of the R655 shows up as what looks like giant, blocky pixels where the image should look like a smooth dark area. When I watched the music video for Cody Fry’s single Better (Live) on YouTube, as the singer moved through the dark shadows between the recording studio’s control room to the sound room, instead of just looking dark, I saw a lot of blocky noise in the picture. I checked a few other dark scenes in YouTube videos with which I’m familiar and experienced more of the same.

To be clear, in mid- to high-brightness areas, the picture looks great. It’s when the TV gets dark and the signal is poor that we see the problem. I saw this with local broadcast TV, too. However, this is not the case with higher-quality streams. So if you’re watching something on Netflix, HBO max, Hulu, or Disney+, those streams have a high enough bit depth, whether they are 1080p or 4K, that you don’t get that macroblocking.

Color accuracy out of the box was about what I expected, which is to say not super accurate, but by no means bad. I think most viewers will enjoy the color the TCL puts out with out-of-box picture modes. You could get the R655 calibrated, but I don’t think most people would need to or want to. I’m also not sure how much improvement can be made, either, considering there’s a limit to what can be adjusted, even with Roku’s app. Motion resolution is surprisingly good! I didn’t get a ton of stutter with this TV, and it resolves 24-frame-per-second content extremely well, with almost no judder, and that’s with no motion smoothing turned on at all.

This TV performs extremely well for its price point. It offers solid HDR specular highlights and the local dimming is outstanding for a TV at this price, so you get incredibly deep blacks — albeit with a slight hit to really dark shadow details at times, though nothing to get upset about. Blooming is extremely well mitigated; I would happily put this TV in my bedroom or a dedicated, light-controlled viewing room. The color looks outstanding, rich when it needs to be, and vivid when it needs to be.

I  know a lot of video enthusiasts on a budget want the TCL 6-Series to be the slam-dunk choice of the year, and to be honest, it still is the best choice for them. The frustrations I’ve expressed about the R655’s lack of adjustability come from knowing it has locked-up potential, and that enthusiasts will be equally frustrated there’s no key for that lock. However, for the vast majority of folks looking for a high-performance TV at a reasonable price, the choice is clear: there’s no better TV in this price class than the TCL 6-Series.